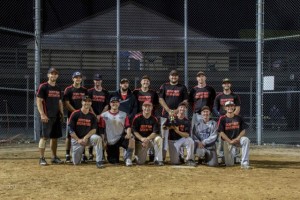 Ten (of 12)  10 Man A teams from Pennsylvania met at the Drfiton Pa Complex to determine who would take home the 2014 title. All teams were past winners of state titles at various classification levels.  Zachary Mowry Excavation (the former KC Signs) from Montrose Pa. (north of Scranton) came from the losers bracket to defeat Dempsey and Baxter from Erie.

Earlier in the tourney, Dempsey and Baxter defeated ZMX 21 – 7 in the finals of the winners bracket. ZMX then defeated Jibaritos to set up a rematch with Dempsey and Baxter. In the first game, ZMX came back from a 13-9  deficit in the bottom of the 7th to win 14 – 13. This set up the “If Necessary” game which ZMX won 12 – 8.

Click on the link to see the full bracket results