The ball IS allowed to be outside of the wrist resulting in the palm facing third base for a right handed pitcher (first base for a left handed pitcher). Actually, the pitcher is rotating the humereus in its socket, which in turn allows you to raise the arm a full 180 degrees (vs. <90 degrees in true modified), thus more speed, power and movement. 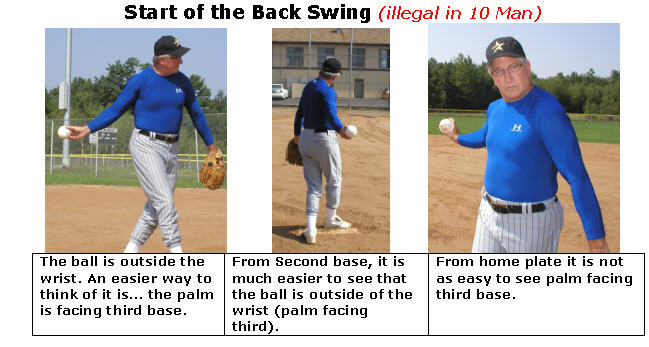 The ball can NEVER be outside of the wrist at any point in the delivery. The palm never faces away from the body. In this style, the arm cannot be raised above a 90 degree angle (draw a line from the hip socket to shoulder socket – then a line from shoulder socket to ball). In order to generate speed we must learn to use the core and lower part of the body and sync it up with the forward arm swing and release point. that is why it takes years to throw Traditional Modified with accuracy and speed. Lots of moving parts to coordinate. 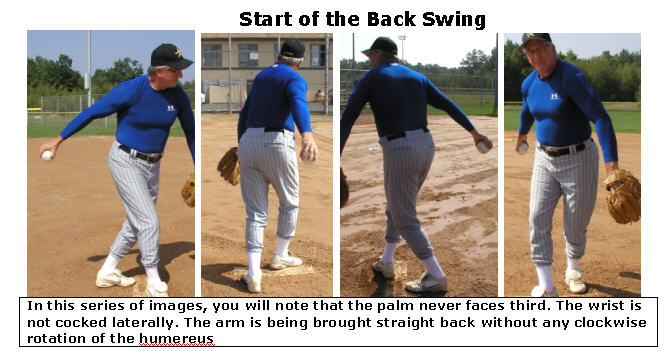