The Salem Saints won their second consecutive Staten Island Evangelical Softball League Championship.  They finished the regular season with a 12-1-1 record.  They went 6 wins with no losses during the playoff run.  They were led by the hitting of Daniel Phillips, Joe Maturazzo, Al Guerriero, Mike Opulski and Danny Discimile.  The pitching duties were handled by Frank Ammirato and Ray Guerriero. 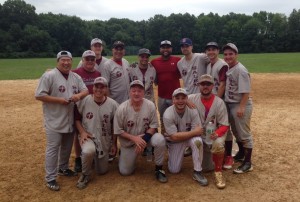