Hetzels Hornets won the Schuylkill County Church league for 3rd straight year going 3-0 in the playoffs. After receiving a first round bye awarded to the first place team in the regular season, Hetzels defeated St. Pats . Hetzels then defeated Lewistown Valley to earn a spot in the championship game. Lewistown valley defeated Reedsville to earn a rematch with Hetzels. Hetzels Hornets earned their 3rd straight title by defeating Lewistown Valley. Hetzels was led by Henry Bachert on the pitching end of  things earning all 3 victories. The Hornets were led by a balanced attack on offense all through the lineup.  Hetzels will once again be competing in the Class C 10 man  Invitational this year in Drifton Pa Sept 6 – 7. 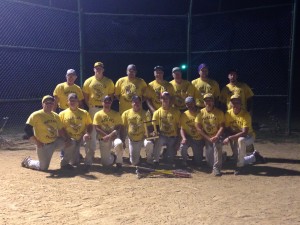