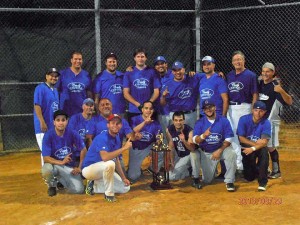 Thursday 8/29 – Precision -vs- Candy Central – This is a rematch of the 2012 Fall Championship. Candy Central needing one win to capture the title fell behind early 2-0, then rallied to tie 2-2 in the bottom of the 4th. In the 5th Candy Central scratched out a run to take a 3-2 lead, added one in the 6th and held on to capture the title 4-2. The game was extremely well played, great defense, pitching and timely hitting. Both teams played very hard and in the end should be proud of there seasons. Congratulations to Candy Central the 2013 Baltic West Champions and Precision the runner up for a truly great finals.