Home > Common Pitching Questions > Can the ball be above the shoulder?

If you bend over at the waist it is possible for the ball to above the shoulder as shown in the images. However, you will note that the angle created by the hip -shoulder-ball does not exceed a right angle. An angle greater than a right angle is not allowed in most Pennsylvania ASA 10 Man Leagues and all Pa ASA Tournaments. 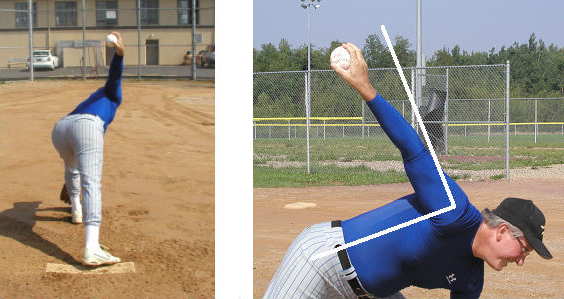 However, the following pictures show how pitchers bring their arm out to the side (abduction) and turn their pitching shoulder towards second base. This allows a greater back swing (without the ball being visibly outside the wrist) and consequently, a lot more speed. Any windmill pitcher can learn this in 5 minutes or less and dominate a game. This is not the intent of 10 Man Modified. That is why we have eliminated this loophole in the ASA rules in Pennsylvania. We do not mind if you bring the arm out to the side (abduct), but keep it less that a right angle (hip-shoulder-ball). Since 99% of these pitchers stand erect, if they bring it above their shoulder it is illegal. 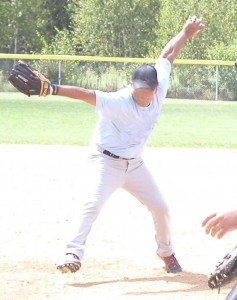 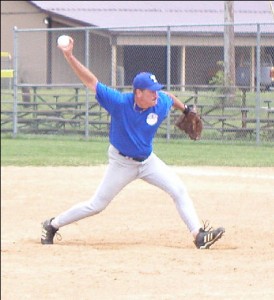